The goal of the project is to ensure that users across Astro can view what is available against a title. From the title they can see, evaluate, check and schedule. They can identify what versions exist, what formats they are stored in, and what quality control and compliance checks have been made.

Ultimately the whole operation of the broadcaster is simplified through common workflows, and becomes more cost-effective. 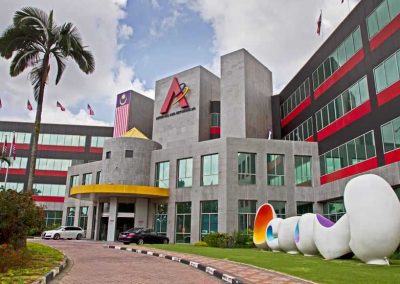 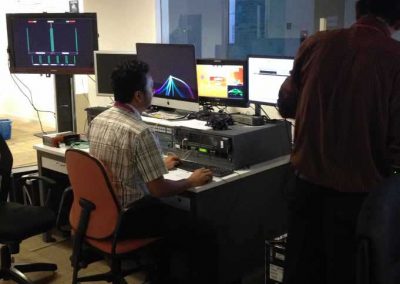 Astro, the leading satellite broadcaster for Southeast Asia has implemented the first phase of a comprehensive media asset management, file-based workflow platform from TMD. From its two broadcast centres in Kuala Lumpur, Malaysia, Astro delivers around 180 SD and HD channels, with related online and catch-up services.

The completely integrated media asset management and software-defined workflow system, has TMD’s Mediaflex®-Unified Media Services (UMS) platform at its centre. The aim of the project is to achieve the required operational productivity and improve efficiency by creating a more automated and cohesive content preparation process. The Mediaflex-UMS system brings together the previously disparate SD and HD workflows, as well as fully integrating Astro’s online services into a common operation.

The organisation operates from two centres. It is headquartered in the Technology Park Malaysia in Kuala Lumpur, with the second site, known as CBC, 30 km away across the capital in Cyberjaya. The two sites split broadcast functionality between them, each broadcasting about half the channels. In times of disruption, the channel bouquet is adjusted so that all of the most popular channels can be delivered from a single site to provide business continuity.

Like many highly successful broadcasters, Astro has seen its channel portfolio expand dramatically in recent years. Fueled by its success, it has added HD capabilities to its existing SD bouquets while simultaneous embracing the demands of its OTT audience.

As a result, in 2013 the company’s management embarked on a plan to upgrade, consolidate and streamline their technology platforms, improve processes, and eliminate tape-based workflows in order to support further significant growth.

Astro was keen to get all content driven from a single set of workflows and reap the full benefits of a software-defined architecture, moving all content as files under the command of automated workflows. Astro also recognised that its workflows needed to be flexible, which meant it needed to be able to design and modify workflows simply and reliably without recourse to specialist programming skills or the resources from third parties.

A fundamental shift to a new architecture was required, and that this should be based on automated workflows directed by metadata. The company looked at the market, and concluded that the TMD Mediaflex®-UMS platform, which combines asset management with automated workflows, was the right solution to provide end-to-end life cycle control of the company’s media assets.

During the contract negotiation and system design phases, a number of key deliverables were defined. Once fully implemented, the new platform should:

TMD worked closely with Astro to develop a phased approach to the project that would achieve all of these objectives. The project had to be deployed within a working and busy broadcast environment causing minimal disruptions to the day-to-day business, but equally had to move as quickly as possible to deliver the various benefits.

While TMD’s Mediaflex-UMS would provide a new unified asset management and metadata system, as well as workflow management, Astro had an existing investment in a diverse range of systems that were currently delivering the channels. Staff were familiar with their operations and so there was a need to maintain them during and after the move to the new, software-defined operations. As these assets become due for renewal in the future, so the Mediaflex-UMS platform has to be sufficiently flexible for the replacement of subsystems without any disruption to operations.

All content (linear and non-linear) flowing through the system is commissioned by the existing broadcast management technology scheduling system, so this is the origination point for metadata. Metadata is added by other systems as required and tracked by Mediaflex-UMS. Today ingest includes tapes, but increasingly material is being delivered as files, and at the point of ingest there is a need to verify file integrity and, if necessary, transcode or transwrap to the house standard. Long-term content storage is by a central archive. This links to the playout automation systems and transfers content as required.

At the start of the project, SD and HD playout chains were separate. For standard definition channels Astro used an automation system with ingest and playout servers. As that platform nears end of life, it will be redeveloped during the course of the project.

The HD platform was initially driven by a number of manual processes using ingest servers, embedded editing, and extended playout servers and automation. There is also a third broadcast content control system that is chiefly used for pass-through channels, which only requires delayed censorship, advertising insertion, and dynamic content replacement. To achieve the required operational productivity and efficiency, Astro is using software modules from the Mediaflex-UMS suite to deliver the required playout functionality.

One specific workflow requirement that Astro demanded was an extensive compliance procedure. Television in southeast Asia, and particularly in Malaysia, is governed by strict codes of practice on decency covering violence, sexual content, and bad language. All content, immediately after ingest, goes to compliance to be assessed and edited as required.

Channel controllers and genre commissioners have the ability to set rules around compliance editing, which are carried in the content metadata.

Astro’s non-linear services are branded Astro On The Go (AOTG), which is available online, for Apple iOS devices, and for many android devices. Some linear channels are streamed live, and much content is available for catch-up. Astro also hosts a growing VoD library.

All of this functionality is overseen by TMD’s Mediaflex, which supervises metadata management and all content moves; ensures only correct and quality checked material is released for broadcast; and publishes content online against defined business rules.

The contract was awarded in 2014. To ensure a managed transition and business continuity, the project was divided into a number of phases. Phase one of the project covered three core asset management areas:

The work was also defined by a number of stages, from requirements capture to going live.

A broad range of operational staff were consulted in a series of workshops to determine precisely what tasks made up the running of Astro. The involvement of staff at all levels and from all departments ensured a clear understanding of what was required.

From this it was simple to derive a gap analysis, identifying where developments were required in workflows and in technology, and where specific work was required within the Mediaflex-UMS platform. This led naturally to the design and specification stage.

Following a path well-proven by TMD, the next stage was to build a test bed system. This is a standalone implementation of the target development, but including so far as possible sub-sets of the external devices to be integrated as well as the Mediaflex-UMS software. Only with this test bed concept can such a far-reaching project be proven without risking on-air operations.

With the software and interfacing comprehensively proved, the test bed system was then used to develop workflows. A key part of the requirements was that suitably trained Astro staff could develop workflows to meet their real needs. They were able to refine their skills as well as configuring the initial workflows.

While the proven solution was taken from the test bed to the production system, the test bed platform remains in place. This is important, not just for developing and testing new workflows and for certifying software upgrades, but as a training platform ensuring staff are fully comfortable with the capabilities of the integrated system before working on the live environment.

Finally, the system is going live on channels in a phased approach, driven largely by the needs of the channel groups. As a general rule the HD channels go live first.

As a separate but vital part of the project, TMD has worked on the Front Porch Diva database. It was necessary to restore the legacy data, extract the relevant metadata and transfer it accurately to the Mediaflex-UMS schema. This ensures that there is a single, clear point of control over the archive, and eliminates the risk of multiple versions confusing operations and occupying excess storage space.

With this project, Astro has a consistent, end-to-end approach to all services. Content identities are created in the scheduling system and its metadata grows as it flows through the operation all the way to transmission, online availability and archiving. As new versions are created, so they are associated with the master title identity.

Even live content is treated in exactly the same way. A title is created in the scheduling system, other necessary metadata added through Mediaflex (such as incoming lines feeds) and the file itself grows as the event proceeds.

Equally, content commissioned by Astro, including trailers and marketing material as well as programmes, is defined in the scheduling system to create the single master identity. Mediaflex includes a production module which allows users to create work orders for all the versions which will be required.

This single point of reference for each piece of content delivers two things. First, it allows a completely file-based approach, moving to eliminate tapes and removable media. That is a significant saving in direct costs, and in continuing manual operations. Second, it ensures that efficient use is made of storage, so that the content is available where it is needed when it is needed. Mediaflex-UMS implements a number of tools which give staff at all levels the information they need to do their jobs.

One element of this is a facility which TMD calls MiSR (Missing Stuff Report). This is presented as an on-screen report showing which content is missing. Operators have the ability to filter and order the report as they prefer, but typically this will just be a list of missing content, ordered by transmission time so that the most urgent items will appear at the top of the list.

A browse content server is included which puts all the content online for viewing in Astro offices. This is linked to the privileges system so users only have relevant material available to them, to minimise network traffic and to keep everyone focused on their own roles.

The goal of the project is to ensure that users across Astro can view what is available against a title. From the title they can see, evaluate, check and schedule. They can identify what versions exist, what formats they are stored in, and what quality control and compliance checks have been made.

Ultimately the whole operation of the broadcaster is simplified through common workflows, and becomes more cost-effective.

With the implementation of Mediaflex-UMS as the integration layer and asset management, Astro now has a means of configuring its workflows to precisely match their commercial, technical and operational requirements.

Moreover, the Mediaflex-UMS platform allows Astro itself to design and re-design workflows themselves, allowing the organisation to grow in the future, whether through more channels, more online services or new offerings such as ultra-high definition services and more. As consumers expect “TV everywhere” services, so AOTG (Astro On The Go) is certain to grow, and its success will depend upon ever tighter integration with broadcast workflows.

Most important, this future-proof capability sits in Astro’s own hands. They can develop the necessary new workflows and control new functionality themselves, without the need for support from TMD.